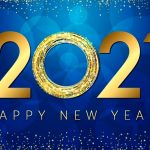 It’s all been a bit “meh!” so far, in the Masher household.

Christmas went OK, but shortly after, Harry started feeling ill: headache; bit of a cough; that sort of thing.

He got over it within 48 hours, but then it was Amelia’s turn. She seemed to have it a bit worse than he did… but then she’s also a bit of a drama queen, so we took that with a pinch of salt.

Then, the current Mrs Masher decided it was her turn: headache; cough; shivers… she had it pretty bad.

I thought it inevitable that I would catch it too.

To be fair, I wasn’t too bad: headache and flu-like shivers and a touch of   …  the shits.

Well, when I say a touch of… I mean it was unwise of me to be further than 30 seconds from a lavatory!

My sister reckons we’ve had a touch of the Covids, but I don’t think so: I don’t remember the ability to defecate through the eye of a needle, being one of the symptoms listed.

So, after several days of this, Mrs M popped out and got me some Imodium (other poo-thickening remedies are available) and that seems to be doing the trick.

In fact, it’s now gone the other way:  we had a curry last night and a full English breakfast this morning, but so far, there has been not a squeak from my bowels.

We’ve been out of the EU for less than 24 hours, and I have already lost my freedom of movement.