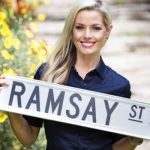 At last, we can rejoice!

A few years ago, some ne’er-do-wells moved into the close.

Right from the start, they got on everybody’s nerves, by taking up all the available parking with the inordinate number of vehicles they owned.

And the really loud garden parties that went into the small hours.

Who has a late-night party on a Wednesday, for fuck sake!

And then there was the drug dealing (that we all knew was happening, but which the Police were never able to prove)

And the violence (one of them ended up in gaol recently, for violent assault).

When the For Sale sign went up last year, there was a silent, but palpable excitement that buzzed round the close.

But then the sign came down again and we all went into a sulk.

But then it went up again and it was followed not long after by another sign that said “SOLD”.

My God, we nearly had a street party!

But then the sign came down and we all silently cried into our beer, once more.

But, then it went up again.

This time, we didn’t get our hopes up… there’s only so much heartbreak that thirty-six people and  four dogs can take.

But, they’ve gone: the house is now empty and we are all overjoyed.

Of course, new people will move in at some point and it’s always daunting getting new neighbours but, whoever moves in CANNOT be any worse.