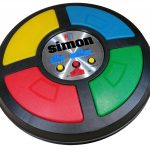 There’s a bloke that lives somewhere near here. Not sure where, exactly, but I often bump into him when I’m walking the dog.

He’s a perfectly nice chap, but he does like to talk… which is fine. If you have the time.

Unfortunately, his topics of conversation are pretty banal, so I find it difficult to talk with him for anything longer than a couple of minutes.

But he likes to chat and so I try to be friendly and chat back, when I have the time. Which I don’t always have.

Of course, if he sees me now, he’ll make a beeline for me, knowing that I’ll converse with him.

A couple of weeks back he did this, when I really didn’t have the time, and in order to get out what he felt he needed to say, he walked alongside me for about five minutes, as I walked the dog… even though it was in the opposite direction to the way he was originally going!

Last night, I bumped into him again. His opening gambit to me wasn’t “Hello” or “Good evening”, but rather: “Have you tried that fish & chip shop up by the Old Moat House?”

“It’s very good. Mind you, that one over by the sports pub is alright, as well”, he said, pointing in completely the wrong direction.

“Yes, I know”, I said. We talked about chips for a minute or so and then I tried to get away, as it was getting dark and I needed to get the mutt exercised. “Well, I’d better…”

“Potatoes can be expensive.”

“Yes. I grow them on my allotment. But when you add up the cost of the seeds and the chicken fertiliser, it can get expensive.”

He continued to tell me about how his carrots seem to grow better in moister soil… or something, I wasn’t really listening anymore.

“My bicycle chain. I’ve put WD40 on it, but it doesn’t seem to make much difference”, he said, with a glum look.

I quickly explained the vagaries of WD40 and how it’s better to use proper oil, especially on a chain, and then I went on to explain how it was more likely to be the pedal crank than the actual chain, because chains don’t really creak, and then – before he could get a word in – I said my goodbyes and quickly walked on.

And then, I wondered why I felt bad.

If this had been any normal boring person, I’d have been pleased with myself for getting away from him, but because he wasn’t quite the full ticket (non-PC, again), I felt like I was being rotten to someone with a disability.

Society has really fucked up my sensibilities.