All Hi and no Fi 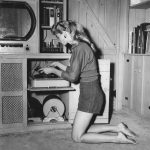 Well, it wasn’t the way I planned to spend my Sunday afternoon , but it was enjoyable, nonetheless.

My aging Pure Legato II Hi-Fi started playing up a while ago, giving me its own equivalent of the Blue Screen Of Death: it’s LCD panel, lighting up of its own volition and then refusing to do anything whatsoever.

A factory reset brought it back to its senses, but it didn’t last long and it died again, last week.

I was going to try re-installing the firmware, but Mrs M wanted a quick fix, as she can’t do her ironing without loud music.

And so, as a temporary measure, I got one of my old amplifiers out of the loft: the venerable Arcam Alpha 5, from the nineties and connected it up to the Sonos system in the living room.

It worked brilliantly… out of one speaker.

The other speaker was quieter than a church mouse with slippers on.

Hmmm… I’m sure it was all working fine when I put it away, all those years ago.

I took the lid off and had a poke around inside. There was nothing obviously wrong, that I could see and so I squirted some switch cleaner onto the switches and pots and gave them a twiddle… wouldn’t do any harm. But still, the left channel refused to make any kind of sound.

And then I noticed the output fuses. I removed and checked them both, only to find that they were intact.

But, when I put them back in, both speakers suddenly sprang into life! I’d fixed it! Yay, me.

I tried wiggling the fuse-holders to see if there was a dodgy joint, but I couldn’t replicate the fault. Maybe it was just some oxidation on the fuse holder blades, I don’t know, but either way it was working, so I put it all back together and fitted it inside the cabinet.

For good measure, I replaced the speakers with something a bit oomphier: a set of Tannoy Revolution R1s.

OK, it took several hours to get it all up and running properly, but Mrs M is happy: she doesn’t care that the sound quality is better than the old one, or that the treble attack is that much faster; she’s just pleased that it’s that bit louder than before.