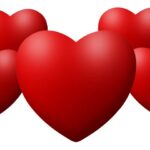 In my more youthful days, this was both an exciting and a nerve-racking day.

I received a number of cards over the years – usually from girls that  were already actually dating – but the exciting ones were those from the “unknown admirer” that came in the post or were left on the desk at work for me to find when I came in.

And it was exciting: “I have an admirer… who could it be?”

It could also be embarrassing: “Hey Masher, I see you got a Valentines card. Do you know who it’s from? Is it your mum again?”

Of course, it wasn’t from my mum.

And later on, the current Mrs Masher and I continued with this romantic soppiness, for several years. even after we were married.  But, it fizzled out after a while. Seemed a bit pointless spending several quid on a bit of card just to say “I Love You”, when I could actually say it to her face, for free.

And it felt daft taking her out to a restaurant, and paying Valentine’s Day prices, when we were already going out to eat a couple of times a week anyway.

And so it just kind of got forgotten about.

She has gone into work this morning and neither of us even thought to mention it, before she left.

Family, Going out, Me me me, People, Work