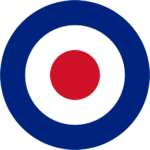 Yesterday, Mrs M drove Harry through the cold wind and snow, all the way up to Peterborough, so he could sit a test for joining the RAF.

Not many kids know what they want to do when they leave school, but I’m pleased to say that Harry doesn’t seem to be one of them.

He has developed an interest in mechanical engineering and has decided that an apprenticeship in the RAF would serve him well.

I’m not sure how he came to that conclusion – he must have done some research into it, I suppose – and it all came as a bit of a surprise to us but, I must say that I am really quite pleased.

I think a stint in the forces will do him a world of good: he’ll learn a lot, not only about mechanical engineering, but also about himself.

He’ll learn lots of skills; he’ll get to see the world and he’ll make friends that will stay with him for life.

I’m pleased to say that he passed the test, with a score high enough to allow him to do a mechanical engineering apprenticeship.

Next stage is a medical followed by a fitness test, both of which will likely be several months away due the Covids.

But, I’m pleased for him: he has set himself a direction and he’s following it.