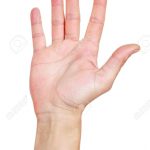 As I mentioned earlier in the week, I am currently on a training course.

It’s one of those that people sometimes refer to as “Death By Powerpoint”, or “Slide Deck Intensive”.

And  to my – I’m sure you’ll understand – great displeasure, a great deal of the slides are peppered with spelling or grammatical errors.

Because I have to, I started pointing out some of the more amusing ones, but, by the time we reached slide 6 I realised that, if I continued, I’d just look like a pedantic prick.

And even though I am, I don’t like the idea of people thinking I am.

And so, I have gritted my teeth through the rest of the slides… relying on my internal monologue about these heinous, linguistic mistakes, to keep myself amused.  OK, I’m no English Language professor, but I know that pipe has an ‘e’ at the end of it!

But, our tutor has another annoying little trait which is starting to niggle me: “I’ll hold up my hand and say that…”,  he will say, several times a day.  Which is a fine thing to say if you are admitting to something that you should hold your hand up to.

“I’ll hold up my hand and say that several water companies have been caught out by this particular piece of legislation, over the years.”

“I’ll hold up my hand and say that this type of valve is really designed for use in higher pressure networks.”

If he carries on, I might just have to hold my hand up and tell him that this particular peccadillo of his, is doing my nut in!