Where has paperless billing gone? 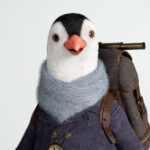 Years ago, I switched to paperless billing wherever I could.

My reasons were two-fold: it was better for the environment and – in many cases – a small discount was applied to your bill if you did so.

And it cut down on the amount of boring mail I received.

Three -fold!  There were three reasons: good for the environment; you get a discount and less rubbish mail.

And feeling that I was doing my little bit to contribute…

Years ago, I switched to paperless billing wherever I could.

When I switched to paperless billing with British Gas, the system was: they would email me to say my monthly reads are due, I read the meter(s) and submit the reads online; a few days later they email again to say my bill is ready and awaiting payment, I would then go online and pay.

And then they fitted a Smart Meter(s).

Now, it was even easier: they would email me once a month to say my bill(s) was ready and I would go online and pay.

And it has been as quick and simple as that. For a long, long time.

And then, a few months back, my gas and electricity bill inexplicably arrived through the post.  I thought nothing of it and waited for the email.  It never arrived and so I forgot.  Until a red bill arrived in the post.

I paid immediately and then went onto the British Gas web page to re-apply for paperless billing.

I spent ages searching and searching, but could find no option for it… unless I was a business. Which I’m not. There is literally no mention of it on their website, or indeed, on the paper bill. But, there used to be, because I opted for it years ago!

So, I then got in touch with one of their advisors via the web chat box thing. “You are 13th in the queue. 12th. 11th. 10, 9, 8, etc” Eventually I got to type to someone.  It took a long time to make them understand my problem and what I wanted done, but eventually I received confirmation that it had been sorted and I would no longer receive bills through the post.

Last month, I received my gas and electricity bills through the post.

This time, I paid it immediately and then rang them up.  “You are 10th in the queue and your call is important to us.”

Is it? Is it really? Well answer the bloody phone then.

Eventually I got to speak to a very nice lady and I explained the situation. She ummed and erred a lot and several times went off to speak with her supervisor. After about forty minutes though, she confirmed that it was all sorted and everything would now go back to how it used to be: emails instead of paper.

Yesterday, my gas and electricity bills arrived in the post.

Maybe British Gas just have a whole load of paper that they need to get rid of.