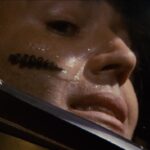 We all occasionally get a song stuck in our heads, I’m sure.

Usually it’s because it was the last thing we heard on the radio before leaving the house, or because we heard someone whistling it, or something like that.

And usually, it will stick in our heads and annoy us for several hours, before being replaced by a new tune… one that we just heard someone whistling.

Or on the radio.

But sometimes, it seems, a song or tune will appear in our heads, for no reason at all. Apropos of nothing.

At least, that’s what happens in my bonce.

And – sometimes – it will stay there, not for hours, but for days and days.

Last week, I had Vivaldi’s Four Seasons on repeat.  Not the whole suite. Not even one movement. But just a few bars, playing over and over.

I’m not even sure which movement it was from – I think it may have been Winter.  Either way, it was there for days and  it drove me to distraction.

But, this week it has been replaced by… The Immigrant Song.

I give it two days before it sends me insane.