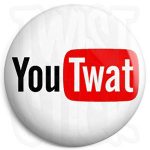 This week has been school half term and, as such, I was fully expecting the roads to be much emptier than usual.

I was fully expecting my commute to and from work, to be a doddle. Because it normally is when the schools are off.

But not this week. Oh no: this week, the roads have been as bad as usual.

Nay. Nay. And thrice nay, I tell you, the roads have actually been worse!

The mornings have been slow and torturous, thanks to broken down lorries and accidents.

But the evenings have been worse. Much worse.

No word of a lie, every night this week, I have been caught up in stationary traffic on my way home, thanks to accidents on the motorway.

Some have been worse than others. Tuesday night was pretty bad, thanks to a lorry shedding its load of portloos across the M25.  That was quite possibly a real case of the shit hitting the van.

But yesterday evening was truly awful.  Stuck in stationary traffic for ages at the Hemel junction, I found myself starting to get frustrated.  I spend so much time in traffic nowadays, that I’m kind of used to it now and it’s like water off a duck’s back. But, being stuck in stationary traffic for the fourth day in a row, meant it was starting to get to me. Please God, just one day! Just let me have one decent journey home!

Eventually, things started moving again and we all slowly crawled past the five-car shunt that was surrounded by the flashing blue and red lights of the emergency services and in unison we all shouted “Learn to drive, you bastards!”
Well, I shouted it.
In unison with myself.

I have rarely felt so frustrated and I decided to put some music on.  Normally, a bit of Mozart or Bruckner will smooth the waters for me, but, so pent-up was I, I needed something with a bit more oomph. I needed to let it out.

Once past the accident, the road was clear. I put on some AC/DC, turned the volume up and put my foot down; singing at the top of my voice. Well, I call it singing, but it was more like shouting really.

At junction 11, the end of the slip road divides into three lanes. Two are for turning left and the third is for going straight on or for turning right. They are marked accordingly. But, very often, impatient drivers will get into the middle lane and then cut across to turn right, forcing the vehicle in the right hand lane to give way or risk hitting them. It happens to me quite often and normally I will let them in, just to avoid having a prang in my car. “Tsk”, I’ll say.

But, it happened again last night and this time I didn’t give way.  My still pent-up frustration, boiled over into anger and -fuelled by Brian Johnson screaming at me that I was Back In Black – I refused to let this opportunist get eight feet in front of me.  But, having flown down the middle lane at speed, he had a speed advantage on the roundabout and I was ultimately forced to brake and let him in.

Where normally I would have tutted and let it go, this time I let him know he was a twat. I flashed my lights at him and then I followed him round the roundabout at speed, just a couple of feet off his rear bumper. We headed up the short stretch of dual carriageway at a quick pace and then took the first left turning.  Still I hung onto his tail lights. We blatted down the road together, completely ignoring the 20mph speed limit… until I suddenly realised what I was doing. This bloke was driving like a complete twat, but I was too.

I slowed down and let him speed off down the road. He was probably chuffed with himself for having left me behind, but I didn’t care.

I turned the music down, slowed to within the speed limit and took a deep breath.

My first ever bit of road rage.

idiocy, Me me me, People