Ringing in the changes 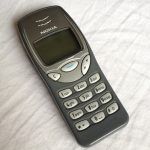 It has been two years since I got my current mobile phone and the contract runs out next month.

Now, I am on the Three network which, whilst it has been quite reliable, just hasn’t quite offered the coverage that I get with Vodafone on my company mobile.

And so, I am thinking about jumping ship to another provider, despite having been with Three for a number of years.

And my Sony Xperia phone has been as solid as a rock for the past two years. I’m still very happy with it and would happily stick with it, really.

Except it is two years old and the battery is knackered. And you can’t just change the battery, because the phone is sealed, because it’s waterproof.

And besides. It’s two years old and I suppose I fancy a change.

But, this is the bit I don’t like, because now I have to choose a new phone and there are just so many out there now to choose from (not including Apple, of course, because… it’s Apple).

And once I have chosen my replacement – which should be easy in theory, considering my minimum requirements – I then have the rubbish task of choosing a network to go with.

Again, that should be easy, because they are all the same.

Finally though, it’s the confusing and time-consuming task of choosing a package to suit my needs, without it costing the earth each month.

I think I want unlimited minutes, 4GB of data and 12 texts.

Or maybe I want unlimited minutes, unlimited data and 14 texts.

But, y’know, looking at my current usage, I can probably save money and get away with just 200 mins, 500MB of data and 10 texts.

What I do know though, is that hours of surfing the net and scouring mobile phone websites, lies ahead of me, before I lose the will to live and eventually just walk into Carphone Whorehouse and let Johnny No Stars talk me into a package I’ll inevitably regret later on.