You’re The One That I Want 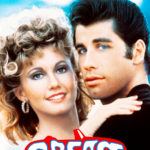 I was listening to one of my comedy podcasts as I drove to work this morning – I’m Sorry I Haven’t a Clue, if you must know.

In this particular episode, Tim Brooke-Taylor was tasked with singing part of Greased Lightning – from the 1978 film Grease – without any musical accompaniment.

In typical TB-T fashion, he adopted a shrill voice and launched himself into it.

And then, he sang these lines:

“With a four-speed on the floor, they’ll be waiting at the door
You know that ain’t no shit, we’ll be getting lots of tit
in Greased Lightning…“

I assumed at first that he’d said it for comedic value, but that didn’t seem right and so when I got to work, I Googled the lyrics.

OMG! Those are the actual lyrics! This song is nearly forty years old; I’ve heard it a zillion times; I’ve danced to it at many a party and yet I’d never heard those filthy lyrics.

“With new boosters, plates and shocks
I can get off my rocks
You know that I ain’t braggin’, she’s a real pussy wagon
Greased Lightning“

“You are supreme
The chicks’ll cream
For Greased Lightning“

Whoa! John Travolta is now singing about ladies getting so excited, that they are making a mess in their underwear! Jeez!!

Quite how they managed to sneak those lyrics past the American censors – whom I thought were pretty strict back in the seventies – on a film rated at PG-13, I just don’t know.

But, based on that,  I’m off to check the lyrics on some of the other songs that featured in the film.

There’s bound to be a line somewhere in Hopelessly Devoted, where Olivia Newton John sings about taking it up the council gritter.