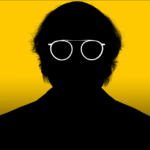 A couple of months back, I was looking for a new box set to get my teeth into.

Scrolling through the list on the TiVo, I happened across Curb Your Enthusiasm by Larry David.

Someone had recommended this to me many years ago and had even supplied me the first series on a bootleg DVD.

I started watching it, but gave up less than an episode in.  Not my cup of tea.

But, it’s one of those programmes I have heard so many good things about over the years. And I’d been told several times that it IS my cup of tea.

Wow! How had I been so wrong about this fifteen years ago? It really is my cup of tea. And coffee. And probably several other hot beverages.

And so, I’ve been watching five or six episodes a week, for the past couple of months and have been thoroughly enjoying it.

And then, just last week, I noticed a statement on the screen that said “Available Until 24th May”.

And so, I have been doing some serious binge watching!

At this rate, I still won’t make it, so I’ll have to up my game a bit.

Problem is: I’m now getting Curb Your Enthusiasm overload, which is starting to,  er… curb my enthusiasm a little bit.