Best laid plans… and all that 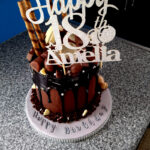 By rights – and with all things being equal – I should have been flying in from New York today.

That was the plan.

It was my daughter’s 18th birthday at the weekend – I know: 18 years! Where the hell did that go? – and we had always planned to take her to NY for the occasion.

But, we were thwarted by the plague, of course.

And with lockdown restrictions still in place at the weekend, there was little we could do by way of a celebration.

And so, the house was filled with balloons and friends and family took it in turns to come round and see her.

And she had a fancy birthday cake made specially for her: a chocolate cake, covered in chocolate with chocolate on the top and some added chocolate to give it that chocolatey taste.

We made the best of a not-particularly-good situation and she was OK with it. 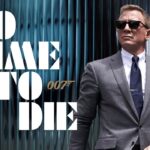 It was announced a while back, that the new Bond film would have its release delayed yet again.

Yes, I fully understand the reasons why, but I can’t help but feel a little devastated.

I can’t tell you how much I have been looking forward to seeing this film.

Initially scheduled for release in Feb 2020, it got pushed back to April 2020 because of Covid.

And then it was pushed further out, to November 2020, as the pandemic continued.

I’m a huge Bond fan (James, not Brook or Basildon) and I have to admit that my initial doubts about having Daniel Craig in the titular role, completely vanished after seeing his first outing in Casino Royale.

Whilst many cite Sean Connery as their favourite Bond, for a long time mine was Roger Moore. Live and Let Die was the very first Bond film I saw and I can remember – as an eleven-year old – queueing to see it with my parents, outside the rather tatty Odeon in town, in a line that stretched halfway down the street. You don’t see that kind of thing happening anymore.

And I think The Man With The Golden Gun was the first film where I went to the pictures and saw it on my own.  So grown up.

Lazenby and Dalton did little for me, but I took a real liking to Pierce Brosnan’s Bond – his portrayal was probably the nearest to how I had imagined Bond when reading the books.  But then it all got a bit silly under his tenure, with the invisible cars and whatnot. (Bond? Silly? Surely not – Ed.)

But yes, Craig rejuvinated the franchise, with a more realistic and grittier Bond, and I liked that.

So, I’m really excited to see the new film. It’s aptly titled “No Time To Die” and – with the Covids still knocking at my door – I’ll be right pissed off if the plague takes me before I get a chance to see it.

And with a potential third wave hitting our shores sometime soon, I wonder whether we will ever get to see it.

But, for now, the good news is that with Covid infection rates currently falling (mostly), they have decided to bring the film’s release date forward. 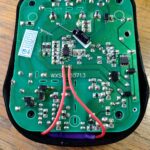 My Wouxon KG-UV8D stopped working the other day.

“Oh bugger, I suppose I’ll have to spend out on a new handheld now”.

“Yay!  I can go shopping for a new handheld now”.

Still, being the curious radio amateur that I am, I decided to see if it was fixable.

A quick investigation showed the battery had run out of charge, despite it sitting in the charger for the previous 24 hours.  Hmmm.  I checked the charger, and sure enough, there was no voltage on the terminals.

I was somewhat dismayed when I opened up the charger and could see nothing immediately obvious.  Also, it was nearly all SMD… all too small and fiddly for my liking – I like proper components that you can actually pick up with your fingers.

Also also, I couldn’t find a schematic for it.

But, I started tracing voltages through anyway and it wasn’t long before I found a component with volts and one side and nada on the other.  Either a diode or a blown resistor, maybe.   It had no values shown on it, just the letter H.  A bit of research on the internets and some conversations with some fellow hams suggested it was most likely a 1A fuse. Bridging it with a piece of wire proved that to be the most likely case as the charger started working properly.

I didn’t want to leave the fuse bridged out – fuses are there for a reason after all – but a replacement SMD fuse on ebay was about four quid.  Yes, four quid! For a fuse!

So, I used a 20mm cartridge fuse of the right value, slipped some heatshrink over it and wired that in instead.

Put it all back together and it works a treat. No need to buy a new one.

Whilst trying to find a schematic on the internet, I read of many instances where this charger has failed, so I thought I’d write it up here for anyone who might have a similar issue.

Tree is the magic number 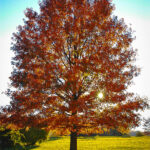 One of the joys of having a tree in the garden, is that I get to meet new people.

It starts every year, around this sort of time.

There will be a knock on the door, and when I open it, I am usually met with some bloke in outdoor work clothes, who goes into detail about how he is in the area doing some tree work for people in the next road.  He had noticed my tree and wondered whether I wanted it doing, as it’s looking a little bit of a mess.

Normally, I will just say that I’m not interested, take the proffered business card and shut the door, because a lot of the time they are just chancers trying to get some work.

Jack was one of these. He knocked at my door some years back and gave me a reasonable quote, so I let him and his boy have a go at it.  I watched in horror, as they clambered about in the tree, swinging a chainsaw around, neither of them wearing a single piece of PPE… not even gloves.

The tree looked a mess for a while, but after a couple of years – like a bad haircut – it grew out and looked OK again.

Jack has knocked several times since, but I have declined his services each time.

But the guy who knocked today, looked and talked like he really knew his stuff.  Dressed in all the proper gear – green trousers, green t-shirt – Barbour body warmer and boots – he looked the part.

The tree was starting to look a bit overgrown and tatty – like my haircut – so I let him give me a ‘free quote’.    He looked at it for several minutes, pointing out to me what he recommended should be done.

And then told me he could do it for just 400 pounds.

At the top of this page, just below the header, are several links.

One of these links says “Archive”.

This takes you to my old pre-2017 pages, should you wish to read drivel older than that which I am writing at the moment.

Problem is: it doesn’t work properly anymore. It used to be OK, so I don’t know what has happened.

Clicking on the link initially looked like it took you nowhere – just a black screen – but I found the posts were actually there if you scrolled down.

However, they were a right mess, with “Get Magic Quotes is deprecated” written all over the page.

My ISP provider confirmed there was nothing wrong server-side, and there was little they could do except roll back to a daily backup from last week.  Problem is, I think this issue has been there for several months, so that wouldn’t be any good.

With the help of Google, I spent several hours yesterday, tinkering with my wp-includes file and that has improved things and has removed most of that deprecated magic quotes nonsense, but it’s still not right.

On top of that, when I log in, my Dashboard has disappeared, meaning I can do bugger all with it, pretty much.

And I can’t even remember how I set this all up – OK, I know it’s only just over three years ago, but with my memory being what it is nowadays, that seems like eons.

I think – assume – that I would have set it up on a separate MYSQL database from the main blog. It did have it’s own theme, so that seems logical.

But then, it would have had to have it’s own sub-domain, surely, and I can’t find any evidence of that.

I am at a loss now and will need to seek expert help, so if anyone out there is a bit of a WordPress guru… 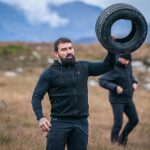 Will these people never learn?

Ant Middleton is AXED by Channel 4 and will no longer present SAS: Who Dares Wins | Daily Mail Online 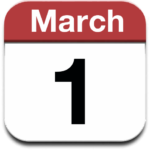 … the first of the month.

So, that’s that over for another year. Phew!

If I’m honest, not as difficult as I thought it was going to be.

I’d like to thank my co-conspirators who joined me this year (names mentioned in an earlier post): well done, one and all.