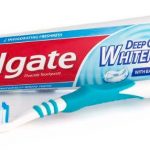 I received an email from my dental surgery, earlier this week, explaining that they were now open for appointments, but are currently limiting the number of people they can see.

OK to all of them but, not rinsing? Since when did that become a thing?  I’ve always rinsed. Everyone in my family rinses.

So, after reading this advice, I tried not to rinse.

Can’t do it. It’s horrible. 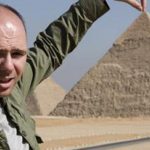 I was walking the dog this morning, over the meadow where we usually go for our morning stroll, when I bumped into Steve and Oscar.

Now, whilst Steve and Oscar may sound like a gay couple, it’s actually a big fella and his little yappy terrier that we occasionally run into.

We stood and chatted for a short while – strictly observing social distancing protocols, of course – and then: “I see they put up a new mast”, Steve said, nodding toward the new, shiny, 20 metre-tall mast recently put in place of the old one.  “What a monstrosity. Does it give better signals or something?”

” No”,  I said, “that’s one of them 5G masts. O2 put it up last week. Have you seen how the number of Coronavirus cases in this area has risen drastically since then?”

“Has it really?” said Steve, his face genuinely aghast.

“No, of course it fucking hasn’t”, I said, and there then followed a two minute discussion where I basically just moaned about the idiots that were setting fire to these masts a few weeks ago, because they believed that 5G radio frequencies were helping to propagate Covid-19.

And then I got started on Eamonn Holmes, who added fuel to the fire when he stated on his morning show, that we shouldn’t rule out the possibility.  Twat.

Basically, I ranted about these idiots for several minutes; complaining about how they blindly follow any piece of fearful doctrine that someone posts on Instaface, without actually looking at the science, to see whether it’s true

I think Steve was probably glad when we parted and continued on our canine perambulations.

But then, this afternoon, I was reading in the computer press about the 5gbioshield – a device shaped like a memory stick that would protect you from the ‘harmful’ effects of 5G and other radio frequencies by –

“… restoring the coherence of the geometry of the atoms, which allows for a perfect induction for life forces, by recreating a cardiac coherence, via plasmic support and interactivity.”

Holy Fuckoly, Batman!  What a load of twaddle!

And the reason it’s shaped like a memory stick? Because that’s exactly what it is: a cheap memory stick from China.

It seems that, where there’s a fear (unfounded or not), there’s a scam.

Jones of the valleys 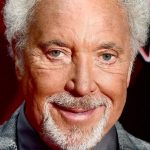 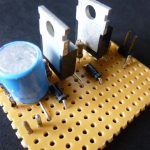 You know when you build a ringer circuit to drive the bells on an old rotary telephone powered by an Arduino, and you design the veroboard layout, optimising it to get the board as small as possible so it will fit in the phone, and then you spend an hour or so, carefully soldering the components into place and when you’ve finished, you sit back and admire your handiwork before you then connect it to a power supply and check that it works OK, but it doesn’t, because you realise almost immediately that you got the Gate and the Drain the wrong way round on the MOSFETS, but when you try to get them out, you can’t because the board is too densely packed underneath and even with a de-solder pump and some solder wick you can’t get the damn things out and then the tracks start to lift because you applied too much heat for much too long, so you realise that you are now just going to have to throw it away and start again?
You know when you do that?
It’s bloody annoying, isn’t it?